One very nice feature available on F5 BIGIP appliance is the Priority Group Activation feature. It allows you to organise your pool members into different priority groups which get activated/deactivated automatically, based on the number of pool members online (servicing requests). In simpler terms, it allows you to setup hot-standby pool members.

In this blog I will clarify the following:

HOW DOES IT WORK

Once enabled, servers get activated in order, based on priority (highest to lowest) once the number of available pool members is lower than the configured threshold.

It is important here to understand what “available” actually means! For instance, availability could be determined by a monitor; or by the load on the servers, etc.

To explain the algorithm, I came up with the following diagram: 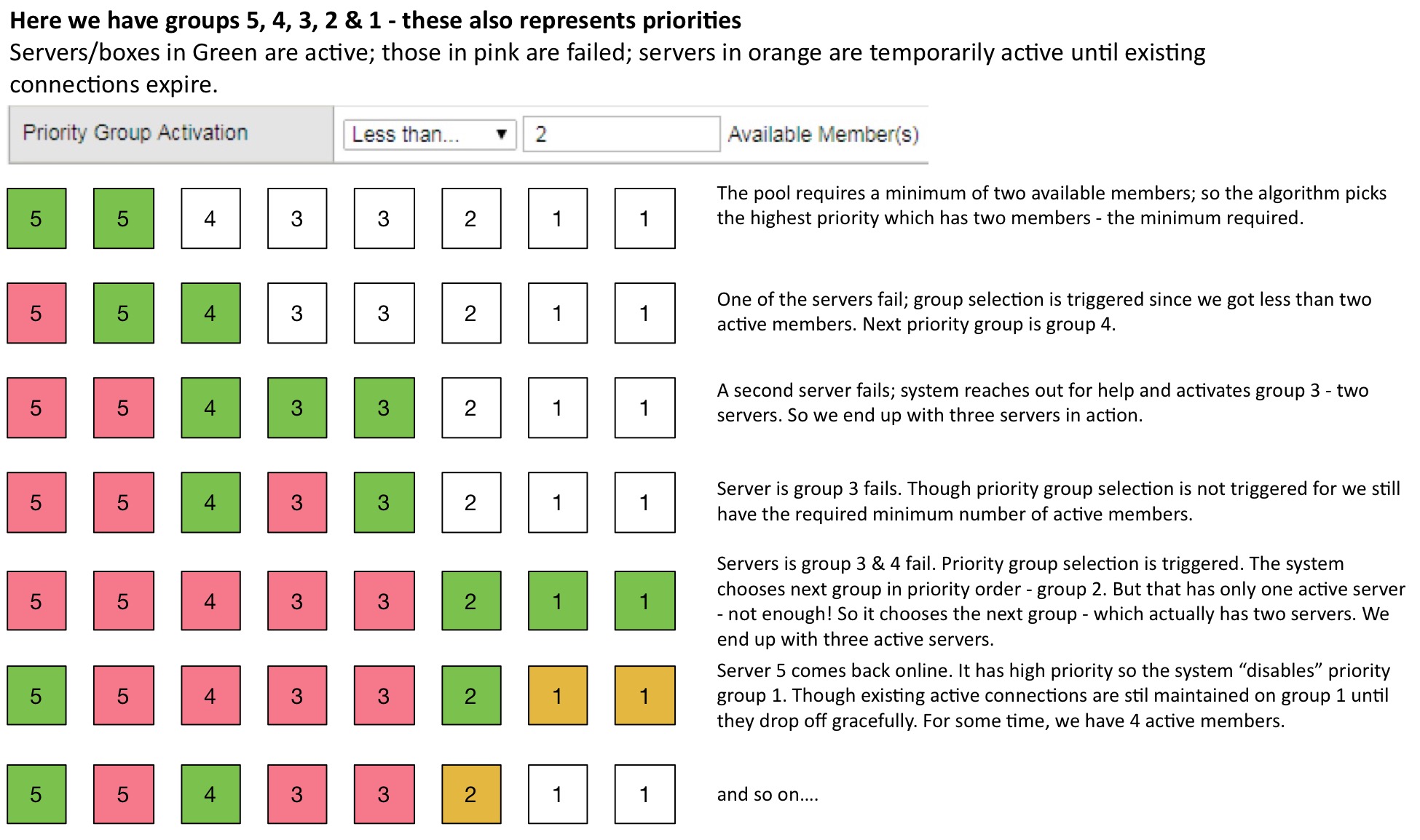 NOTE: Activation occurs for the entiere a group as a unit. Once triggered, all servers within a particular group are activated – not just a single member within the group!