Understanding the use of Classes

I would like in this blog to shed some light over the utility of a class. Though I will be using Python, these concepts  apply regardless the programming language used.

Definition: A class is nothing more than a special data structure template which encapsulates data and functionality in one place. In practical terms, a class defines a data type.

In fact, it is most likely that you have already used a class. For example, when we create an int variable, we are actually creating an object (the variable) of data type int which in turn, is defined in the int class.

Conceptually, the class Int could look something like this:

In this section I will create a class called clsPerson which will represent a person (duh!):

The Python code to create this class is the following – refer to the comments inline: 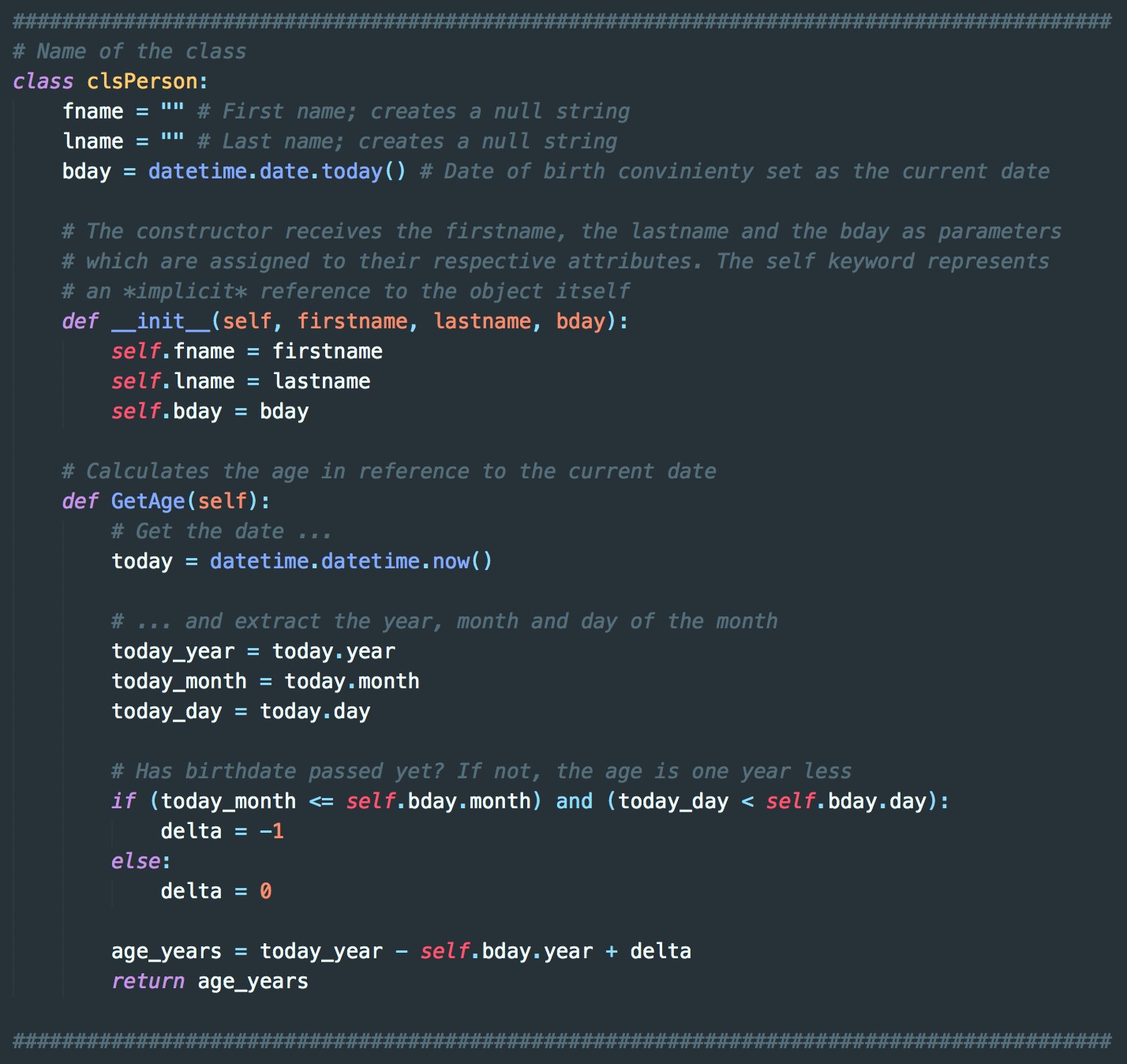 I suspect that after looking at the code, you would still be a bit confused regarding the self keyword … Check the comments below:

The loop generates the following output:

In the future, if we need to extend functionality, we just need to add additional attributes and functions to the class without changing existing code.